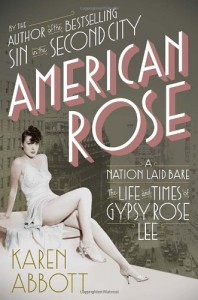 Gypsy Rose Lee is a lady I knew virtually nothing about. I have never seen Gypsy – the movie or the stage musical. And even if I had, I still wouldn't know anything about her, seeing as how most of it was fabricated.

This book tells about the real Gypsy Rose Lee: originally born Ellen June, but when her sister was born, her mother decided to give the new baby her name, so Gypsy's name became Rose Louise – Louise for short.

Gypsy, was always in the shadow of her talented younger sister June, but finally broke away from the shadows when her sister ran off and eloped. Circumstances then led Gypsy to burlesque where she was discovered by Billy Minsky who made her a star.

American Rose was a fascinating account of a time gone by, the 1930s and 40s, in the era where vaudeville had died and burlesque became more and more popular despite censors and raids. I was amazed how Gypsy seemed to transform once she started burlesque. Her personality came out and she discovered her strengths. She had a gift for capturing an audience and leave them begging for more.

Highly recommend for folks interested in the period, and people who want to know about the real Gypsy Rose Lee. 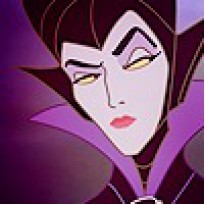